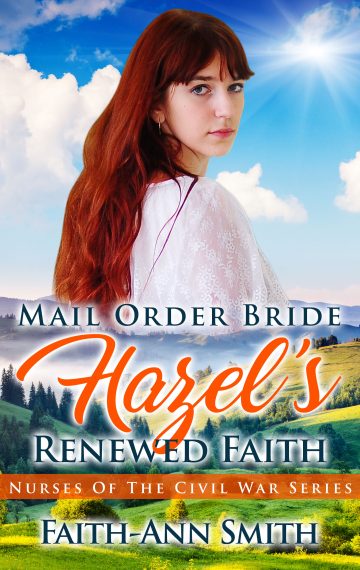 Former Civil War nurse Hazel Dawson finds herself engaged to the vile Gage Soren due to the wishes of her father, prominent businessman, John Dawson. Meanwhile, she’s been secretly writing to her betrothed, a rancher in San Francisco by the name of Noah Walker.

Before long, Hazel overhears Gage discussing a sinister plan with his cohort to kidnap and sell her to a wealthy Morrocan man as a bride along with nineteen other helpless women. She narrowly escapes Gage’s clutches, leaving him for dead, and makes her way via ship to San Francisco to seek out her beloved Noah.

When she arrives and finally ends up on what she believes to be his doorstep, something is amiss. His home is not as he described, and when a man opens the door to greet her and claims to be Noah, his appearance, though strikingly handsome, is not what she expected. A serious chemistry quickly builds between them, and as she gets to know Noah, he reveals more and more about himself, drawing her in.