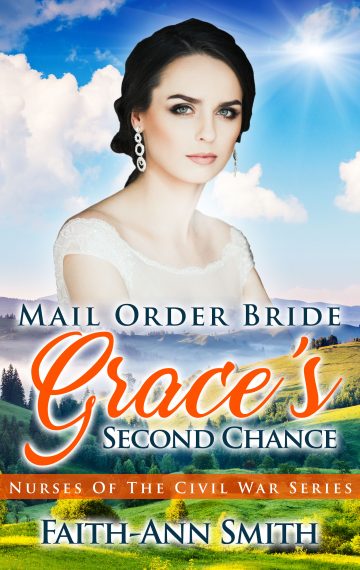 “I promise that so long as there is breath in my body, I will do everything I can to ensure no harm comes to you.”

When young Grace Williams decides to courageously volunteer as a Civil War nurse in the City Point tent hospitals, little does she realize that treating her most obstinate patient yet will prove to be rewarding in more ways than she could ever imagine.

Major Michael Cade demands for his injured men to be seen before himself, yet, the selfless man can barely stand, suffering from several life-threatening wounds. As his men are tended to, Grace boldly recommends a risky treatment to save his leg against the recommendation of the attending doctor, and is forced to treat the Major on her own.

As the Major convalescences under Grace’s care, the two begin to form an incredibly special bond through sharing stories about their pasts. But one morning, when Grace finds the Major has been suddenly discharged from the hospital without her knowing, Grace is left heartbroken.

Will her heart ever reunite with the Major’s, or will their blossoming relationship be left on the war fields forever?

***This is the third book of the Nurses Of The Civil War series. Each book within the series is a STANDALONE clean historical mail order bride romance story with a HEA and may be read in any order.***