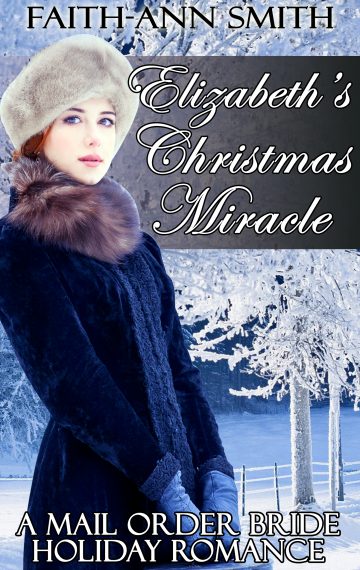 Will the Lord be able to bring together these two families in time for Christmas or will all of their hopes and dreams be dashed due to their differences?

The widow Elizabeth Beaumont and her two children are struggling to make ends meet in Boston after the Civil War took her dear husband away. Facing limited prospects and quickly running out of options, she finds an advertisement in the newspaper for a mail order bride. The ad introduces her to the kind Mr. O’Connell who lives in California with his two sons and longs for a woman to be his companion after the untimely death of his wife.

After embarking on a long journey across the country, the Beaumont family finally meets and becomes nearby guests of the O’Connell family. Although Mr. O’Connell is welcoming and a gallant host, his sons Stephen and Davy are decidedly less inviting. Elizabeth prays that the two families can be united, but when all four children discover the matrimonial plans of their parents, the discord only worsens.

Will Elizabeth and Frederick ever be able to unite their two similar, but different families? It may take a Christmas miracle and a whole lot of faith.