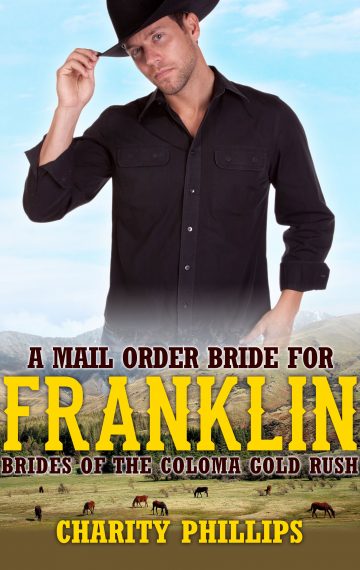 Sheriff Franklin McQueen and his son, Geoffrey, work tirelessly to keep the town of Coloma safe from bandits and other nefarious villains. A few years prior, Franklin’s beloved wife, Gladys, passed away; now, the sheriff longs for a new wife on which to bestow his love and care–and with which he can better run his jail house.

After placing an advertisement in the newspaper for a mail order bride, he begins corresponding with a young woman named Miss Louise Winchester. Remarkably, she is the spitting image of his late wife, and the two seem to be a perfect match.

When Louise arrives in Coloma, however, things are not quite to her liking. She feels overwhelmed and out of her depth while helping in the jail house, and comes to believe that she may not be the right sort of woman for Franklin after all.

When she finally begins to feel at ease, it turns out that one of the bandits has it in for her.

Can Franklin keep his new bride safe from harm?

***This is the second book of the Brides Of The Coloma Gold Rush series. Each book within the series is a STANDALONE clean mail order bride romance story and may be read without having read the other stories first.